Nobody Promised Anyone The American Dream

This isn't a Socialist country with a guarantee that if you play by the rules you get your allotted share. Its like going out for sports. Even if you are better than the next guy you might not get the position. It is politics, personality, the position of the stars and luck. You just might not be the one. Same with the American Dream that all these people think was stolen in the night by Hillary Clinton or Barack Obama. If it was stolen by anyone it was Trump and the one percenters, but even that doesn't hold water The fact is America is a great big roulette wheel and sometimes your number comes up and a lot of times it does not.

But to vote for someone thinking they can restore a promise that was never made in the first place is ridiculous. How about this. If you are smart, resourceful, adaptive, work hard, never give up, push and and push and push, and nothing knocks you off, then you might get the American Dream and all it;s goodies. But you might not. That my friends, is life. 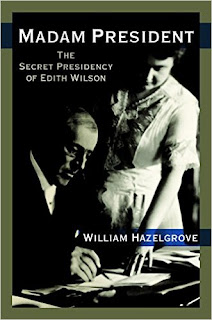 Posted by William Hazelgrove at 7:46 AM