And if you think middle America is ready for that then I have a bridge in Brooklyn for you. Did you miss Donald Trumps riff during his victory speech? It was fast but it presages the future. "This Bernie Sanders guy, he is going to give everything away." It was fast and deft and ignored by the media but it was just a glimmer for what is waiting for the Senator from Vermont. Trump is not Hillary. Bernie is enjoying an amazing cake walk with the very civilized Hillary. She has not once attacked him for being a Socialist but the Donald will begin and end there and Bernie will be back in Vermont making pancakes.

A Socialist is someone who believes in the ownership of the Means of Production. Which means manufacturing, .Everyone gets a piece of the pie. The opposite of Capitalism. The Donald believes who owns the pie gets the pie. Bernie believes the pie should be divvied up by the government and given to the people who need it. Democratic Socialism is very close to it;s cousin Communism. Except  in Communism one has a police state that owns just about everything. Here is Wikepedias take on it. "By the 1920s, social democracy and communism became the two dominant political tendencies within the international socialist movement.[31] During the 20th century, socialism emerged as the most influential secular political-economic worldview.[32] While the emergence of the Soviet Union as the world's first nominally socialist state led to socialism's widespread association with the Soviet economic model."

Ok. Bernie is not bringing Communism to America. But he is bringing Socialism and Trump will conflate the two and by the end Carl Marx and Bernie Sanders will be interchangeable and you heard it here first Bernie will end up with a red star on his furry hat in Trump attack ads. I like Bernie. I always have. But if he is the Democratic nominee then you better get used to saying President Trump because the Donald will eat him alive.

We Already Had Our First Woman President 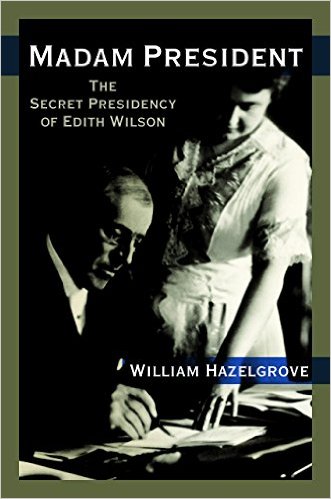 Posted by William Hazelgrove at 8:57 AM