The Hawk Who Came through the Window

Writing along when a hawk came though  the window outside the stairs leading to my office in the top of the garage. I opened the door and was met with a wide wing span and very large talons and an expression that did not care for me. The hawk landed several stairs down and blocked my exit. He did not move. I waited and he turned his head and watched me.

So I sat down after I grabbed my phone and took a couple of shots. The hawk did not care. He just kept his one eye on me and we began our waiting game. When I first moved into the house I found the head of a bunny on the roof. Apparently a hawk had decided he no longer needed it and left it for me. I had to go out on the roof and retrieve the bunny head.

And this hawk was big enough to do that. He covered the stair and didn't move. It had been a normal Monday up until now. Dealing with old and new problems. Trying to get things moving and I was headed downstairs for coffee when I met my predatory friend. I always admired the way hawks soared far up in the sky, drifting on the air currents. It did look like pure freedom.

He had his day to get to and I had mine. 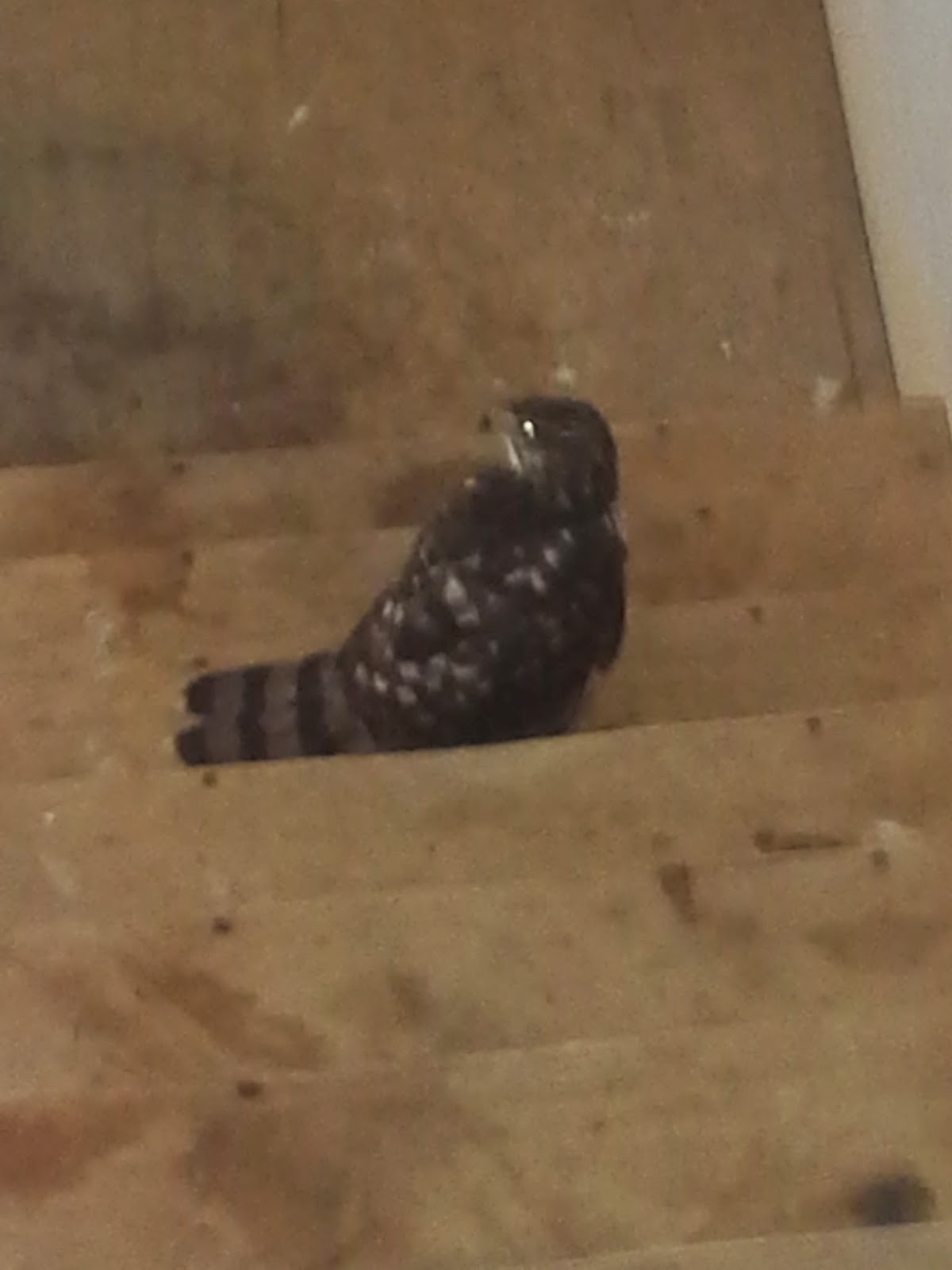 www.williamhazelgrove.com
Posted by William Hazelgrove at 11:15 AM