You've Got To Be Kidding 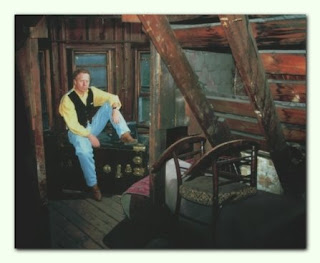 Fool me once shame on you. Fool me twice, start a revolution. You have got to be kidding. AIG now is taking the money the government gave them and paying out MILLIONS of dollars in bonuses. Listen up all my friends who work for a living...they are taking your dollars (we now own eighty percent) and paying out not thousands, not hundreds but MILLIONS OF DOLLARS to individuals. Some people are receiving a million dollars and more in one check! You are going to love the rationalization--it would be illegal not to pay them. Oh OK. WHAT!!!!!!!!!! You mean the company that bought tons of bad derivatives, the very people the financial arm of AIG the very people that bought this stuff...THEY ARE THE ONES GETTING THE MONEY! It would be like driving a bus off a cliff and then getting paid a million dollars for doing it. The treasury department raised a stink but determined the bonuses are LEGAL. WHAT???????????? So, a company that would not be in existence except for tax payer money (EIGHTY PERCENT) is saying that legally they have to pay the people who bankrupted the company. COME ON. Tell me they would pay them if they went bankrupt. This is straight highway robbery. You have to love the CEO justification. They can't attract quality people unless they pay them well. WHAT! Quality people! A bag lady who did nothing but sit at a desk could have done a better job than these guys--she at least wouldn't have thrown the money away on worthless mortgage back securites! These are the people who threw the company under the bus and now us. GIVE ME A BREAK. I mean if you are going to rob a bank and steal money at least use a gun and call it what it is. But to say it is legal is an insult to every person with an eight grade education. Even a kid knows when they are being gypped. And we are being gypped in the worst way. And here is the real shot between the eyes. They don't want to tell anyone what they are doing with the billions they are paying out. That money is going to Bank of America and others through back door insurance policies. So we are giving the money to more people who are paying other people bonuses and giving them trips.
The United States=Plutocracy. Rule by the wealthy. Plutocrats. A-I-G.
http://www.billhazelgrove.com
Posted by William Hazelgrove at 9:42 AM