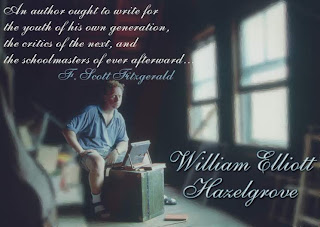 When I watch Barack Obama give a speech it is like watching one of my old professors in graduate school lecture on Historical Diplomacy. I feel the same excitement, the same hope that I will discover something new, something I had not contemplated before. The intelligent man produces a thesis that is given to his audience and disseminated. The thesis is backed up by facts and history and ultimately deemed legitimate by scholars, critics, thinkers of the day. Professor Obama gave his thesis on America, the economy, the historical context of our present crisis. It was a great lecture, a rousing lecture. I don't use the word speech because speech annotates something false. A lecture for me is an offering of knowledge and now we have a President who gives lectures. The lectern is much the same, a podium to give one's thesis to the class and the class was a bit older I noticed. Some of the class seemed very excited to hear the professors lecture on the social dynamics of capitalism while some seemed palpably bored. But when one has a class there are always the students who are excited to learn and then there are the dullards who are just looking for credit toward their graduation. After every great lecture there is eventually a test. In Washington the test is punditry acceptance or rejection of the professors basic thesis. We had a reaction right after the class by a faction of students who don't agree with the professors thesis: that to do something is better than doing nothing. In fact these students don't really want to attend class at all. They don't' really listen and like all students who don't listen they fall back on old assumptions, biases, aphorisms. Government is bad. People do not need help. Government is bad. This was their answer to Professor Obama's thesis that action begets results while inaction begets nothing. Obviously, they were not listening. The only real defence against an intelligent man is to not listen. There are really only two groups of people in the world: those who believe they can get through life by thinking and those who believe it is better not to think and to act without the divining will of conscience. In the year of our Lord, 2009, the smart money is on the intelligent man.
Posted by William Hazelgrove at 6:45 AM