Hope I Die Before I Get Old 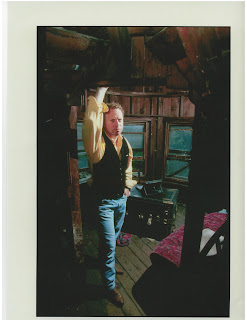 You have to love our boomer inheritance. If you watch David Letterman then you know a standard question of his for his older guests is how old are you? Does it matter? Very much to the boomers who coined don't trust anyone over thirty and of course the famous Who line, "hope I die before I get old." The people who brought us the youth culture of course are reinventing themselves and yes the new fifty is the old forty and so forth. But the real irony of the Boomer youth culture which has become a colossal pain in the $#@#@ for everyone is that they are ageists. Age is still their yardstick. David Letterman had Clint Eastwood on the other night. Clint is a very cool guy, funny, affable, very self deprecating. But then David, smug in his twenty years younger, let's fly...."So, Clint, how old are you?" Clint pauses then tells him his age and David shakes his head and the audience applauds. So, the question is, why ask? Well people are interested in other people's age. Bull. Did anyone ask Humphrey Bogart or Frank Sinatra or Clark Gable how old they were? I don't think I ever saw Carson ask anyone how old they were. That would be because there was an adult culture then. People were allowed to be adults. The hilarious thing about the youth culture is everyone is old now because you have twelve year olds becoming rock stars. That moves the bar down pretty far and those old rockers of twenty nine are grinning down at those sunny pubescent faces of the latest Hanson twins. You really can't win. What's really behind the whole age thing anyway? It's a derivative roll out from the generation that said Fyou to all the institutions and put the entire world into two camps: who is cool and who isn't. Simply put, if you are old then you are uncool. If you are young you get an automatic entrance into the cool camp. As long as David Letterman has octogenarians on his show then he and Paul Schaeffer can stay in the cool camp. I suppose the problem will be when Dave hits eighty and he has to start digging up people who are hundred. But everyone wants to be on television and Dave will still be able to cackle...."man, one hundred...are you old!"
http://www.billhazelgrove.com
Posted by William Hazelgrove at 7:29 AM